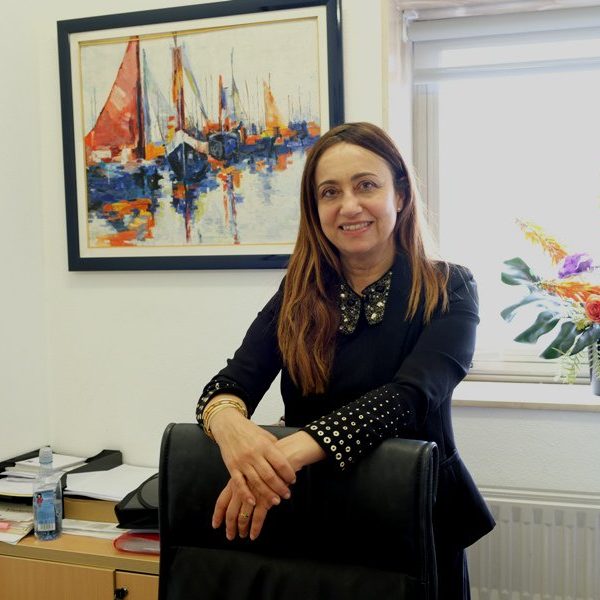 María de los Ángeles Gómez González is Full Professor of English Language and Linguistics at the University of Santiago de Compostela (USC), where she teaches and coordinates the courses English Phonetics and Phonology, English Syntax and Semantics, as well as Pragmatics and Discourse Analysis in English. María is also the principal investigator of SCIMITAR and has led many of the research projects awarded to this research team by regional, national and international entities. Her main research interests include functional and applied linguistics, as well as pragmatics and discourse analysis. María has published well over fifty book chapters, book reviews and articles in numerous scholarly journals such as Applied Linguistics, Discourse Studies, Language Sciences and Word, amongst others. She has similarly authored two books, The Theme-Topic Interface:  Evidence from English (John Benjamins, 2001) and English Pronunciation for Speakers of Spanish (Mouton de Gruyter, 2016), and has coedited the following volumes: A New Architecture for Functional Grammar (Mouton de Gruyter, 2004), Studies in Functional Discourse Grammar (Peter Lang, 2005), The Dynamics of Language Use: Functional and Contrastive Perspectives (Benjamins, 2005), Languages and Cultures in Contrast and Comparison and Current trends in Contrastive Linguistics: Functional and Cognitive Perspectives (Benjamins, 2008a, b), The Functional Perspective on Language and Discourse: Implications and Applications  and Theory and Practice in Functional-Cognitive Space (Benjamins, 2014a, b). In addition to her published research and her editorial and/or reviewing collaboration with a number of publishers (i.e. Benjamins, Routledge), societies (i.e. Societas Linguistica Europea, Aesla) and journals (i.e. Annual Review of Cognitive Linguistics, Open Journal of Modern Linguistics, Functions of Language, Pragmatics), María has also given courses and invited talks in different international meetings and universities, including the Vrije Universiteit Amsterdam, University of Nottingham, University of Zürich, University of York and University of Gothenburg, to mention but a few.